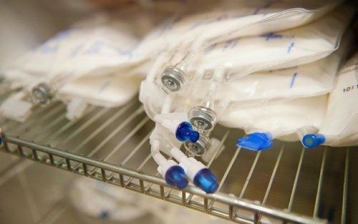 Reasons for high Parenteral Nutrition (PN) usage in a Flemish hospital in Belgium were detected, training of personal (dietitians, nurses) helped to overcome Enteral Nutrition fear. Dietitians improved awareness of EB nutritional care in the multidisicplinairy team and follow up of patients on TPN simultaneously. Instruction tools for doctors and dietitians were developed and refeeding syndrome risk was taken care of. This project is the blue print for a nationwide project that we introduced at the federal government in 2017 to evaluate current TPN care and – costs in hospitals in order to set a standard for optimal nutritional and EB practice care of patients on parenteral nutrition.

The dietetic job profile has been updated and knowledge of clinical nutrition including PN is part of the curriculum. Dietetic and nutritional care is currently part of the treatment of patients. 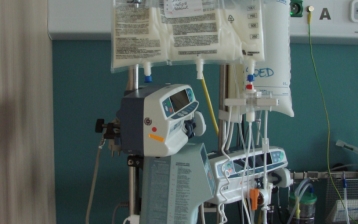 Detection and treatment of malnutrition and structured follow up of TPN patients based on EB guidelines and cost savings of 10% in 2010 or 20% in 2010-2011. Since 2012 introduction of a TPN procedure and instruction tools for caregivers and ongoing follow up of TPN use and cost and malnutrition screening results assured sustainment of the approach.

TPN usage and costs over the years prior to 2010 were calculated. Causes for improper prescription of TPN were identified. TPN usage guidelines according to EB ASPEN/ESPEN guidelines and procedures were developed. Nursing staff and dietitians were trained in proper administration and follow up of TPN and EN usage in patients. TPN-EN instruction tools for caregivers (physicians/dietitians) were presented and training on the job for dietitian teams/nutrition teams in other hospitals started. Inclusion of enteral and parenteral nutrition expertise in the job description of dietitians follows in 2016.

TPN usage decreased by 52%, cost savings on TPN usage of 53% were obtained and the number of TPN users declined by 45% in 2015 compared to 2010. In 2015 41% of all admissions and 73% of admissions at higher risk units was screened on malnutrition risk, 9% of all hospitalized patients was diagnosed malnourished and treated by dietitians. In 2016 malnutrition risk screening of 79% of hospital admissions > 2 days was realized.

The Belgium federal government has approved our submission for a new TPN project  which will be carried out by the Belgian Health Care Knowledge Centre (KCE) in  2017 – 2018. It is the intention to evaluate TPN knowledge of health care professionals and TPN procedures in the Belgian context. The results in our study combined with the other data could serve as a benchmark to set a standard for optimal nutritional care and provision of TPN for patients in all hospitals.

SUSTAINED REDUCTION OF TPN USAGE DURING HOSPITAL ADMISSION BY DIETITIANS

Prevention Of Malnutrition In Senior Subjects in the EU