In the week 16-20 November 2020, all over Denmark “Nutrition Week – Nutrition Matters” took place for the first time. The idea was born by ONCA-campaign collaboration and inspired by Malnutrition Week. ENHA hosted an online meeting during spring 2020, in order for countries to exchange ideas and experiences for national events, which could inspire others and spread throughout ONCA member countries.

The Danish week’s purpose was basically the same as for any other Malnutrition week: to create awareness and optimize the focus on nutritional status of those at nutritional risk. However, in addition, each country has its specific goals. In Denmark, the primary purpose was to create awareness of nutritional risk in order to form a breeding ground for better implementation of the upcoming nutrition guideline/recommendation from the Danish Health Authority, which is due for publication at the beginning of 2021. 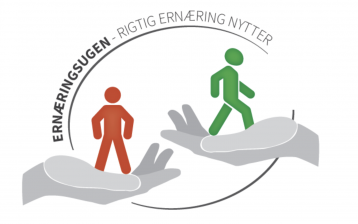 Background information on the guidelines

The guideline/recommendation itself is under preparation and due for official hearing in February 2021 – slightly delayed due to Corona. However, there is already consensus for some quite extensive changes since the last guideline, that came out in 2008.

First of all, there are some evidence-based recommendations in the field of disease-related malnutrition, which have developed since the latest version. Furthermore, until now there were separated guidelines for different areas of malnutrition, for instance, hospitals, nursing homes, elderly in their own home and general practices have had their own separate recommendations, causing problems in the transition between sectors. This edition aimed to merge all areas into one updated guideline focussing on the patient/citizen pathway, rather than care setting. Finally, new initiatives have emerged and will be included in the guideline. Good nutrition practice for children in all hospital settings and the adults in the whole ambulatory care setting will now be included, based on Danish and international studies pointing out the relevance.

At this point, Denmark has no implementation plan for the guideline and no funding. Thus, Danish Nutrition Week- Nutrition Matters, aimed to help create awareness of nutritional risk, emphasizing that it is a current problem in all the areas that the guideline covers. This means getting political, managerial and professional attention, and attempting to achieve fertile ground for financial and other priorities. 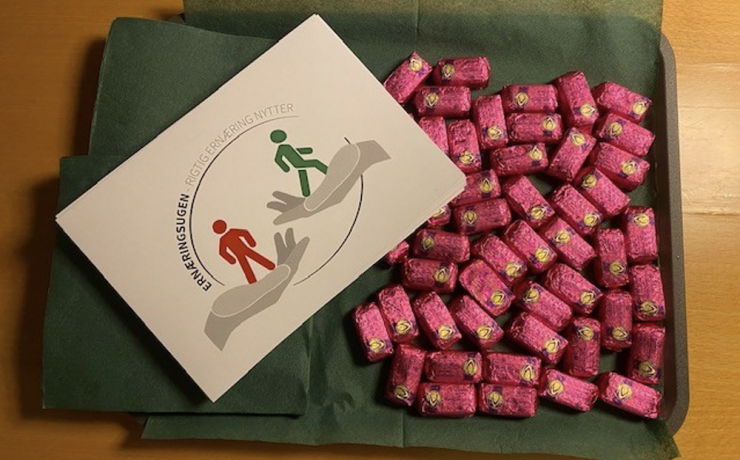 The week was, like everything else, largely characterized by “readiness for change”, as many planned physical events had to be turned into virtual ones. These were all made available through the web page https://ernaeringnytter.dk, and posted via The Danish ESPEN society “DAPEN” www.dske.dk, Facebook, LinkedIn, patient societies, unions and different clinical societies websites. Go-cards were made for distribution among patients and old citizens in different settings with the text:

Then your body resistance is improved and you will recover faster and better. We can help you with guidance and relieve symptoms that make it difficult to eat

It was really great to see how events could build and change in a very short period of time. A total of 44 web-events were held during the week. During the week, the program had 4421 individual visitors, spread across all the different links. Webinars had a broad covering throughout different issues, areas and specialities related to malnutrition. The Webinar most viewed was ‘Clinical Nutrition in Severe Illness’ by Randi Tobberup, RN. PhD, with 325 people attending, but all were well visited.

A huge amount of work was done at the many physical events, at many different locations. For example, lots of tastings of energy- and protein-dense delicacies were handed out, new leaflets were developed and distributed to citizens living at home who receive food service, home help and/or training, presented films about diet and cancer, and the before mentioned “GO-cards” were handed out. 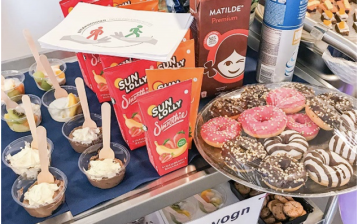 This picture is from the local newspaper Dragør Nyt. See the whole article HERE. It is from Dragør Municipality’s food service, where they focused on diets for snack-eating and chewing-swallowing-friendly diets – both for citizens residing at nursing homes and citizens who have food delivery to their own home. 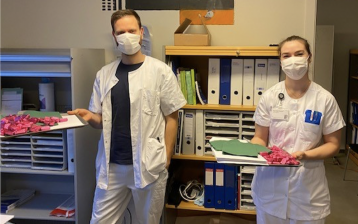 Two dieticians at Aalborg University Hospital, are ready to go visit ambulatory settings/outpatient clinics all over the hospital, together with 12 colleagues. They handed out chocolates and “Go-carts”. Both Go-carts, chocolates and the talk with the dieticians and nutrition nurses, was highly welcomed by patients, relatives and staff.

Although press coverage was challenging against Corona, there were articles published in local newspapers and TV coverage on local channels in several area’s. At Aalborg University Hospital, Professor Henrik Højgaard Rasmussen and Mette Holst featured in a Regional TV broadcasting on Monday, the first nutrition week-day, covering the week’s activities. All week we have met patients and relatives in wards as well as ambulatory, who would refer to the TV broadcastings and praise the Danish Nutrition Week – Nutrition Matters initiative.

The Danish malnutrition Week was successful in creating attention for nutrition. Also, it has reached with the campaign far deeper into the municipalities than ONCA-Denmark and DAPEN previously been successful at. A lot of this is definitely due to the Diet and nutrition association’s very big and creative contribution and drawing attention to the week of their members and official collaborators.

The Malnutrition Week could have attracted more attention from politicians, managers in hospitals and municipalities, as well as those health professionals who are not already interested in nutrition. However, the COVID-crisis was top of mind in November and the Danish team will come back strong and is planning a new Malnutrition Week in 2021. 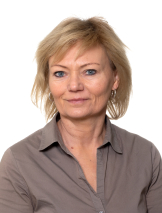 Head of Clinical Nutrition Research, Aalborg University Hospital, editor for this homepage and spokesperson for the collaboration between DSKE, ONCA-Denmark and ONCA. 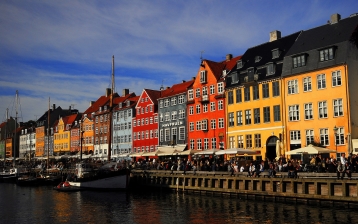