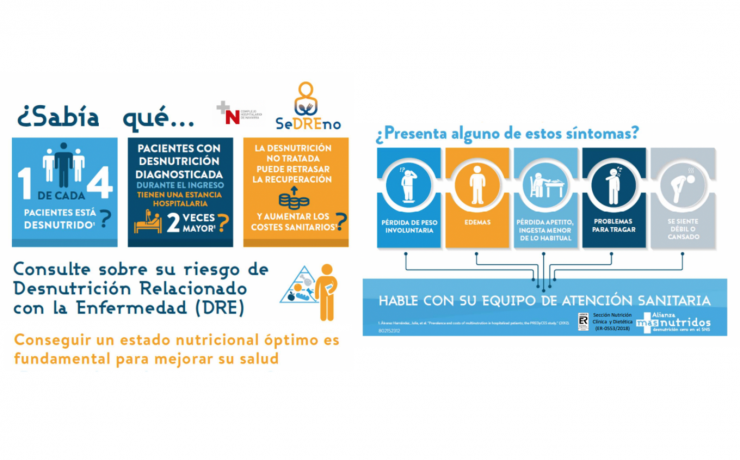 During the months of February and March, in coordination with the Clinical Nutrition Section of the Hospital Complex of Navarra (CHN), Alliance másnutridos launched the SeDREno project (“Disease-Related Malnutrition Week in the North of Spain”) in 17 hospital centers at 5 Spanish regions (Navarra, Basque Country, Asturias, Cantabria and La Rioja).

The initiative has been led by Dr. Ana Zugasti, from Navarra’s Interterritorial Group of the Alliance. The study has been launched at national level and it analyzes the dimension of the Disease-Related Malnutrition (DRM) during the hospital admission of different patients, with the goal of increasing the level of knowledge and thus improve the medical care.

The Alliance, recently awarded with the MNI Grant 2018, will update the data available in Spain that were collected more than 10 years ago. During the study, patients have been selected randomly, applying a Disease-Related Malnutrition screening 24 hours after admission, an assessment of the patient’s knowledge of the risk that the DRM supposes for them; as well as an analysis of the impact on their quality of life. In addition, they received flyers with information according to the nutritional risk detected in the screening test. More than 2,200 patients have participated, from the 17 centers in which the study was launched.

The SeDREno will allow to introduce the necessary measures to increase the knowledge of this clinical situation among the population, thanks to the collection of the data by territory of DRM’s incidence in the admission.

Community-based approach to DRM in people with polymorbidity